The Problem with Columbus Day, and the Solution 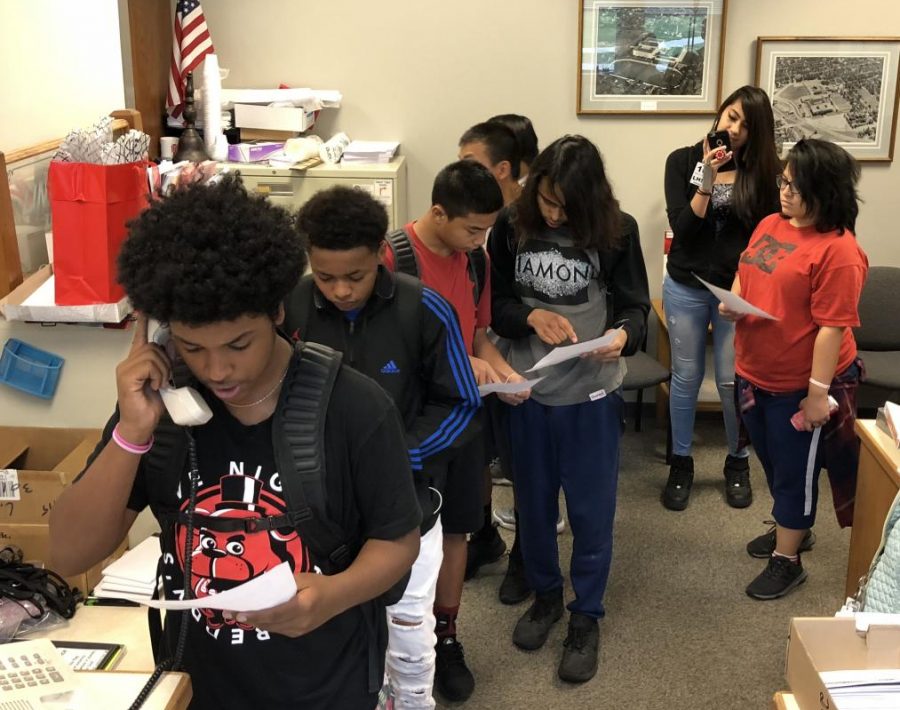 Native American Caucus students prepare to read over sound announcements regarding Columbus Day during the 1st week of October.

For centuries, Christopher Columbus was recognized as a hero who changed history for the better by some Europeans. The arrival of Europeans to the New World certainly brought change, but the attitude towards this change has shifted from reverence to general disapproval and outrage. This shift in attitude has caused 55 cities across the United States to discontinue the recognition of Columbus Day and replace it with Indigenous People’s Day. According to the Lincoln Journal Star, the state of Nebraska officially recognizes Columbus Day as a holiday, but in October of 2016, Lincoln City Council changed that by putting Indigenous People’s day on the calendar in its place.

“This is important because people don’t realize what he did wrong,” Native American Caucus member sophomore Melina Ortiz said.

When Columbus arrived in the New World, specifically present-day Haiti and the Dominican Republic, he and his crew were welcomed by the native Taino people, but their kindness was repaid with violence.

“Columbus was responsible for the torture, sexual slavery, and mass killing of the Taino people who welcomed him. He is not someone who should be honored or celebrated,” Says Kriss Ross, a representative of the Native American Community program at LPS, “Indigenous People’s Day instead [is] a way to honor and respect the Native people of this continent who were here long before Columbus and who are still here today.”

The week prior to the celebration of Indigenous Day, Native American Caucus students read announcements to educate Lincoln High students about these wrongdoings.

According to the Library of Congress, the Taino were almost extinct from the Caribbean islands by 1550, only 58 years after Columbus’s arrival .One entry in Columbus’s journal states “There I found very many islands, filled with innumerable people, and I have taken possession of them all for their Highnesses, done by proclamation and with the royal standard unfurled, and no opposition was offered to me.” It is approximated that he captured around 1,200 native peoples for slavery (“Examining the Reputation of Columbus”) Hundreds of Taino died on these ships, and things back on the islands were even worse. Columbus’s crew reportedly killed and raped the Taino people for sport. Within a span of four years, ⅓ of the native population had been decimated.

Although Columbus never set foot in the current-day United States, his voyage was the beginning of countless more to the Americas. According to the White House administration, “ Columbus’s daring journey marked the beginning of centuries of transatlantic exploration that transformed the Western Hemisphere[…]On Columbus Day, we honor his remarkable accomplishments as a navigator, and celebrate his voyage into the unknown expanse of the Atlantic Ocean.” Columbus’s “accomplishments” began the destruction of tribal life in the Americas, creating the foundation for the Western Hemisphere. Calling this an accomplishment is an insult to the Indigenous peoples whose ancestry was shaped by those events, as is dedicating a holiday to it.