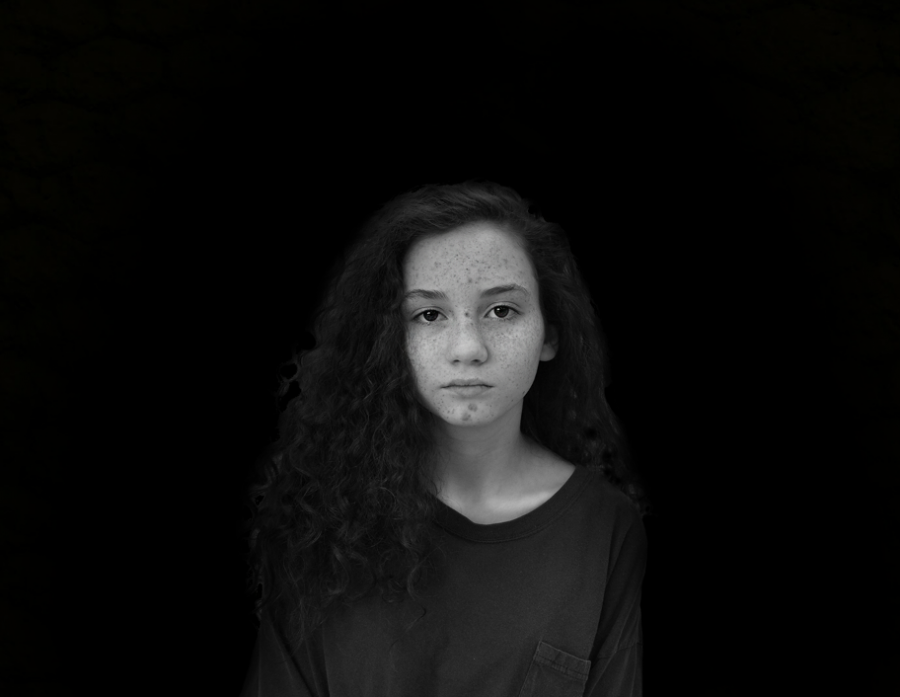 Leah Hack-Curtis, more commonly known to her peers and teachers by her Hebrew name, “Zamira,” is just like any other sophomore at Lincoln High–she has a busy schedule, three annoying little brothers whom she loves dearly, unconventional aspirations for her future, and a life spent entirely in Lincoln, Nebraska.

However, unlike other students, Hack-Curtis publishes her writing so that people can read her work internationally.

Her story may not start where you would think. It has a variety of plot twists that only a skilled writer, such as herself, could develop.

Zamira is an eccentric soul. Her hair is a wild mane that somehow looks perfect, her face is speckled with freckles, and she measures up to around a whopping five foot. Her height and soft spokenness may deceive you, but don’t let it. Hack-Curtis is electric.

Before her teen years, she was not a fan of writing.

“I used to be a math and science person,” Hack-Curtis said. “Ninth grade was the first time I’ve liked a Social Studies and English class, and since then I’ve really enjoyed them.” Her newfound passion for writing started to develop here.

“I started writing in seventh grade, and up until then, I didn’t like [it],” Hack Curtis said. “One day, late at night, I couldn’t sleep, and I remember that one of my teachers had said, ‘If you can’t sleep, just start writing whatever you’re thinking about.’ So I did that, and I realized I liked writing.”

Her fervor for writing took off from there and soon enough, she started feeling confident in her work, and decided to share her work internation- ally by publishing her stories online.

“When I first started publishing my writing, I started posting on some random website,” Hack- Curtis said. “Then for a while I posted solely on Tumblr because I realized they have a really strong writing and art community,”

Another pro of posting on Tumblr, according to Hack-Curtis, was the lack of plagiarism that she experienced there. She soon grew out of Tumblr and desired a new platform.

“I then discovered ‘Archive of Our Own,’ which is a nonprofit archive,” Hack-Curtis explained. “It’s really nice, because you can submit anything, which it’s gotten criticism for, but I, personally, think it’s an amazing feature.”

“I used to be solely realistic fiction, but lately I’ve really been into historical fiction,” she said. “I don’t write much in this universe. Usually it’s in a universes that has the technology of around the 1800s.”

Her writing of different universes has gained a sizable gathering of followers all over the world. Due to this, Hack-Curtis has also established connections globally, specifically with two fellow authors from Europe.

“I was a big fan of these two authors on there for a while, and one day they both commented on one of my stories, which was really exciting,” Hack-Curtis said. “And now we’re friends.”

Hack-Curtis’ talents don’t end at writing. She spends her free time drawing, and has been taking piano lessons since third grade. Her writing isn’t the only thing that she posts online; she also posts her artwork globally as well.

In terms of the future, her plans are unclear, but she knows that she wants to go into the art field.

“If I could be anything I want to be, I’d be a graphic novelist,” Hack-Curtis said. She describes these plans are “unconventional,” but with the start she’s gotten, they may become a reality.

This may be where this story ends, but Zamira Hack-Curtis continues to write the endings of her own. The beginning chapter of her writing career has just begun. Keep reading to find out how it develops.