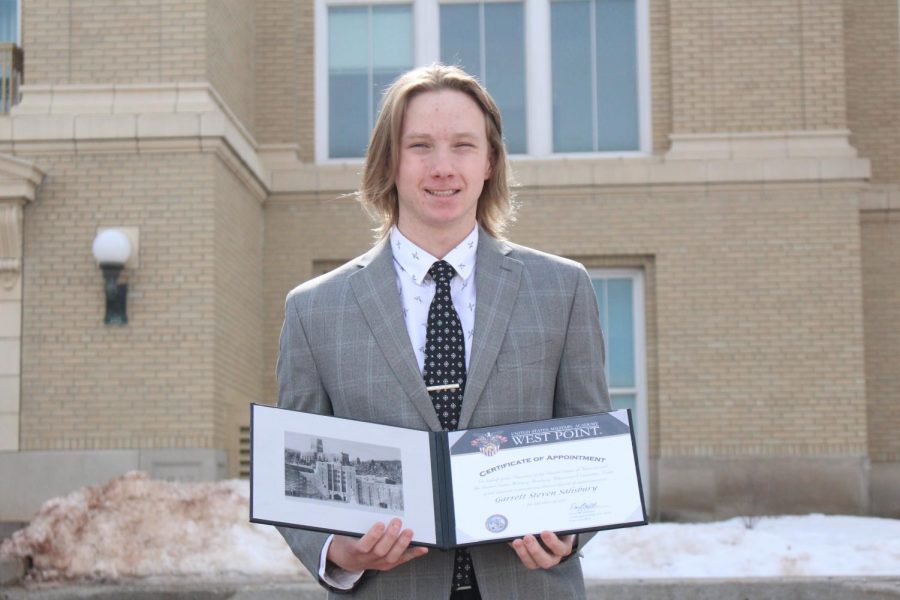 West Point Military Academy in New York is one of the most prestigious and hard to get into Military Academies in the nation. Garrett Salisbury, one of our own seniors, is among the mere 12 percent of applicants to be admitted into the Academy.

Salisbury said that he had always wanted to go to a military academy and that he decided on West Point over the Air Force and Naval academies his sophomore year.

Salisbury said that Vanderbilt, Notre Dame, and Minnesota were all other options and that he had Army ROTC offers from each.

“Making the decision between West Point and Vanderbilt was a little bit difficult, but the opportunities and lifestyles offered at West Point was too good of an opportunity to pass up,” said Salisbury.

Salisbury decided on West Point for many reasons. “They set you up for success, they cover all tuition and housing, and there is so much honor and history associated with West Point,” said Salisbury.

The application process to West Point is very long and time consuming, taking up to 12 months, according to Salisbury. It starts out with the basics to any college application, demographics, grades, etc.

After the basics, then there were the extra requirements. “Then I had to write three essays for West Point to explain who I was, my drive to attend West Point, and why I would be successful at the Academy.”

The application also requires seven letters of recommendations, as well as the completion of a fitness assessment. After these were submitted and completed, Salisbury said he had to secure nominations from Congressman Jeff Fortenberry and Senators Ben Sasse and Deb Fischer, which required another 10 essays to be written as well as interviews with panels representing each of the members of congress.

When asked about his expectations for living at the Academy, Salisbury said, “Life at West Point will be intense, but rewarding. Schoolwork is extremely important and challenging.”

Another aspect of living there is the military training that occurs daily. According to Salisbury, this includes “physical training, as well as working on military leadership skills, combat skills, and maintaining order in your daily life.”