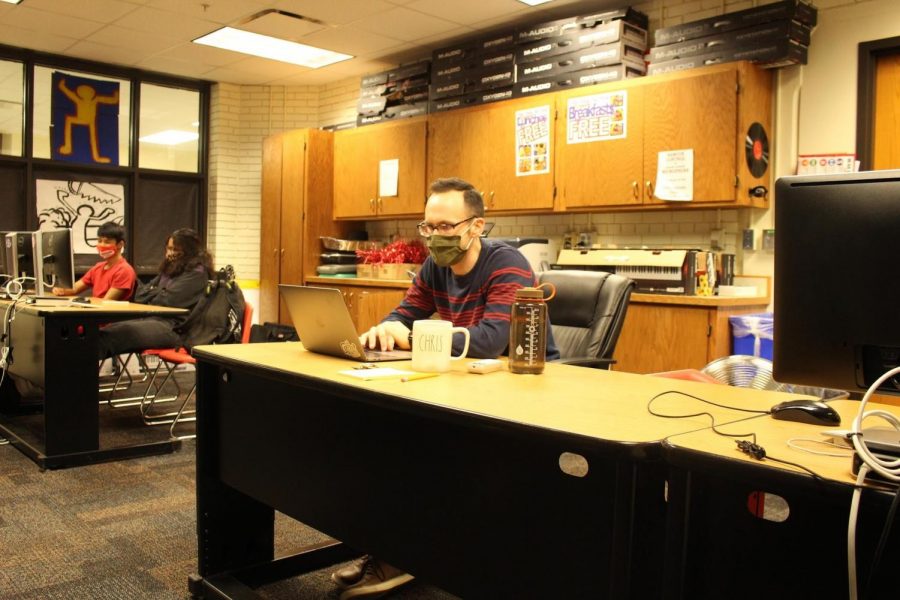 Everyone has a passion, something that they love doing. This may be playing video games, sports, or cooking. For Chris Watson, who is finishing his 12th year teaching at LHS, this hobby is music.

Watson has been playing instruments for many years. He started at age nine when his mom made him take piano lessons, although he wasn’t the biggest fan of this. “I started trumpet in 5th grade because my dad had a trumpet in our basement,” Watson said. He began to arrange and compose music in high school.

For college, Watson went to UNL and majored in Music Education. He also said that he was very grateful for his decision to take a semester to study in Cork, Ireland, where he was immersed in world music and psychology. Throughout his 12 years teaching at LHS he’s taught a variety of music courses such as Music Technology 1 and 2, as well as the orchestra and all of the bands.

Watson said that his passion for music didn’t spark until high school. He would listen to music all night long and practice piano for hours on end by his senior year. “Music is what gave me control of my life,” he said.

“Music is a huge part of my life,” he said. “It’s how I meet people, express myself, and push myself to grow.” Watson believes that music is very important and can impact our lives greatly.

“Music, and art in general, is a wonderful way to give our lives context and widen our perspective,” he said. “Music affirms our beliefs, makes us feel great, and gives us goals in life. I can’t think of a single thing that music doesn’t impact in our day-to-day lives.”

Because Watson sees music as a huge part of his life, he also sees it as a huge part of others’ lives. “Music is everywhere at LHS. Students walk around with earbuds in, people sing/rap in the halls, and almost everyone in this building used to sing or play an instrument.”

Music can also be a support system for students, Watson believes, whether that’s joining one of the ensembles or simply finding out that someone loves the same type of music as you.