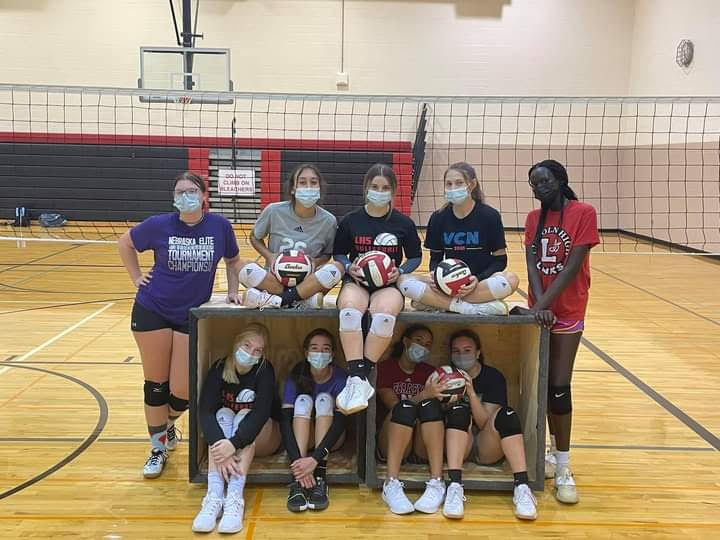 One of the most important parts of volleyball is having a good mindset. Anderson said “When I am serving I try to calm myself.” Taking deep breaths and taking your time will help you get that ball over the net and straight to the floor.

Anderson has been playing since second grade, and she has always told herself and people who are just starting volleyball to not get discouraged. Getting discouraged might affect your playing.

For the reserve team she said that when they all have high energy they are supporting each other through the game and playing each point with stride gets them their wins and even if they lose they know they fought through that whole game.

Last Tuesday, Sept. 14 the reserve team played a close game against Fremont High School, which resulted in a loss.

On Thursday’s game, Sept. 16, the Freshman and Reserve volleyball team both had easy wins against Omaha Benson and Omaha Northwest respectively. After those games, the Reserve team stands at 3 and 2 and the freshman team at 8 and 1 .